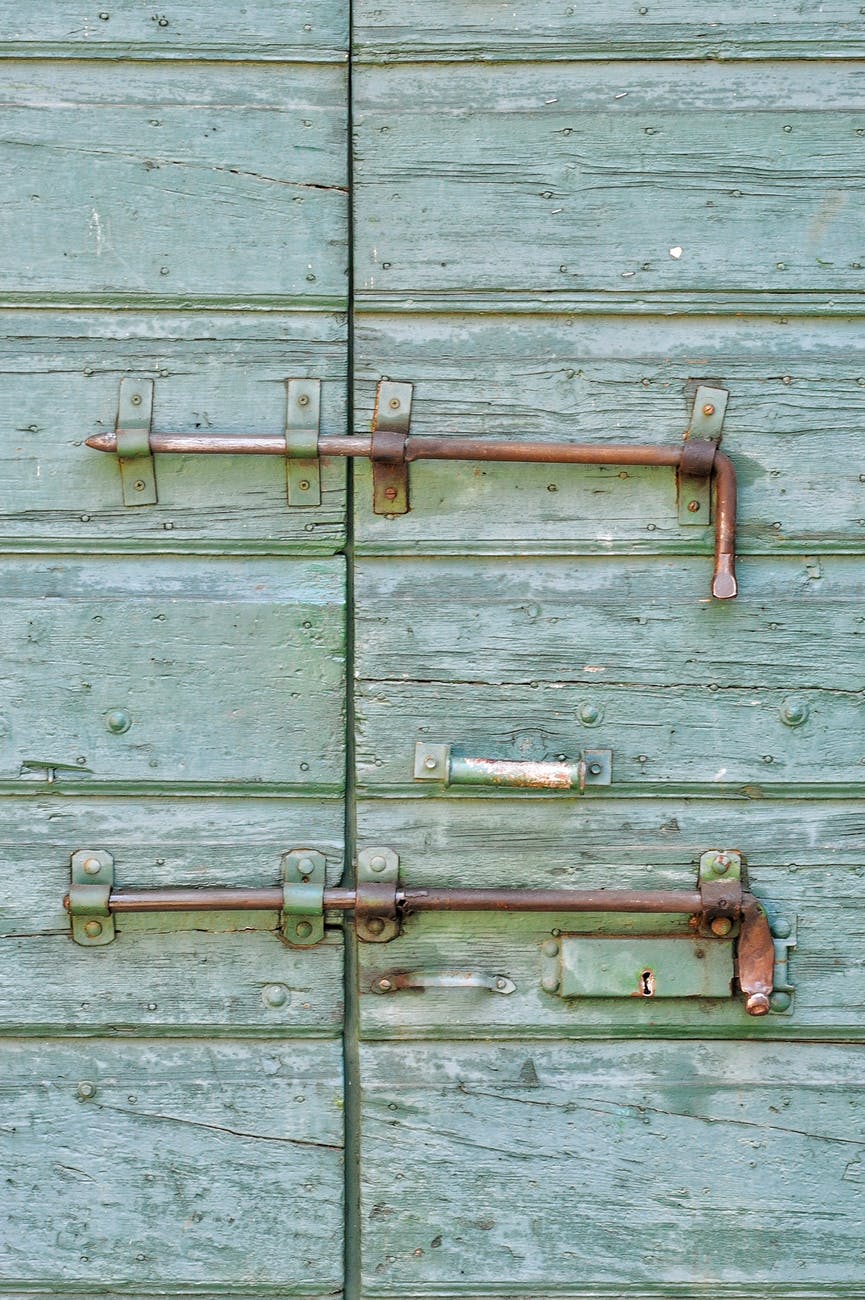 Photo by Pixabay on Pexels.com

A 9-year old girl lay sobbing on soiled sheets trying desperately to escape her fate. “You failed again; you are worthless! Get back down there! Maybe you’ll get it right after a few days in the cellar!” Uncle Ray shouted as the child covered her face to avoid his fist. She begged him to give her another chance. Slowly, she navigated the steps as the door to cellar slammed shut above her. “Next time I’ll do it right,” she promised, “next time I will pretend I like the game.”

I am the child

The child in the story is not a random child whose story is chronicled to illustrate the problem of evil by pointing out that a good God would not allow pointless evil towards children. The above story is about me. I am the child in the story who endured abuse perpetrated by multiple people from age 5-18. When I watched a video of Christopher Hitchens, a 20th-century atheist, describe a child who experienced horrible neglect and abuse for most of her life, l recalled my own experience. Similarly, when Hitchens commented that the child “must have pleaded, must have prayed. She must have felt if heaven did watch it, it watched with indifference,”[1]  I recalled how I did plead. I did pray. While the prayers did not stop the abuse at the hands of my father, uncle, or others, I never felt that heaven watched with indifference.[2] My belief in Christ sustained me. In the same video, Jerry Walls, a Christian apologist and scholar, responds to Hitchens challenge by saying, “God is furious…Yes, God hated that, but God gave us freedom, and we can do atrocious things with that freedom, but I’m not writing you off…God has the power to redeem the worst atrocities that have been laid out.”[3] Not all philosophers and theologians agree with Walls response, but as Evans and Manis argue in The Philosophy of Religion: Thinking about Faith, “Of all the objections to theism presented by atheists, the most celebrated and oft-rehearsed…is the problem of evil.”[4] For centuries, philosophers and theologians have attempted to formulate and respond to the problem of evil. Several formulations remain common topics of discussion and debate including, the logical form, the evidential form, and the emotional form. While the logical form and the evidential form address the problem of evil from a logical perspective, the emotional problem of evil resonates most strongly with me because the form addresses the problem as a question for concern which creates a stronger foundation for discussion with believers and non-believers regarding the problem of evil.

The emotional problem of evil approaches the problem as a question for concern by focusing on the struggle to reconcile what we believe and understand about God with the anguish we experience when we encounter the evidence of pointless evil. The emotional formulation is perhaps best articulated in ‘Rebellion,’ a chapter from Fyodor Dostoevsky’s The Brothers Karamazov. In the chapter, Ivan Karamazov protests that though he comprehends theodicy, and accepts that God is real, he cannot accept God because of the burden of his heart for human suffering and pain.[5] Ivan supports his objection by describing multiple atrocities involving children. Ivan argues, “I took the case of children only to make my case clearer…If all must suffer to pay for the eternal harmony, what have children to do with it…It is beyond comprehension why they should suffer, and why they would pay for the harmony.”[6] In The Doors of the Sea, David Hart explains that Ivan believed, “every heart will be satisfied, all anger soothed, the debt of every crime discharged, and everyone made capable of forgiving every offense and even finding a justification for every offense that has ever happened to mankind; and still he rejects the world that God has made and that final harmony with it.”[7]

At the core of the emotional problem of evil is Ivan’s concern that “terms of  the final happiness God intends for his creations are greater than [Ivan’s] conscience can bear.”[8] When I cowered alone in the cellar or a locked room with no window, wondering when my tormentor would return, I wondered “why is this happening?” I pleaded to God, “Is there a reason you do not stop them?” I cried until I could cry no more. I saw no purpose to my suffering, yet I consistently held to my belief in God and Christ. Years later as a social worker, I anguished at the atrocities  I witnessed daily. I watched a mother sit emotionless as her infant drew his last breath because she forgot to feed him or the two-year-old child covered in third-degree burns because his stepfather forced him to hold hot pipes as part of toilet training or a twelve-year-old girl whose father molested her daily.  As an adult caught up in behaviors that resulted from years of abuse, I often asked God, “why didn’t you stop the abuse?” For years I struggled to reconcile what I considered pointless evil. Pointless evil haunts many believers and non-believers as they express the question posed by Evans and Manis, “How could a perfectly loving God employ a means of creation that proceeds by way of the systematic destruction of the weakest and most vulnerable creatures?”[9]  The emotional problem of evil questions salvation, and expresses anger at the pointless evil, but does not attempt to disprove God.

While both the logical and evidential problem of evil address the issue from a logical standpoint, they are not existentially sufficient for me.*

The emotional problem of evil resonates most strongly with me because the form addresses the problem as a question for concern rather than an objection to belief in the existence of God. David Hart’s account of Ivan’s lament about the tortured child “weeping her supplications to ‘gentle Jesus,’ begging God to release her from misery,” evokes intense emotions for me because I uttered that prayer so many times during my childhood. However, each time, God sent comfort to me, sometimes in the form of an angel, sometimes through the loving touch of a friend. Where the emotional problem of evil fails is in the assumption that atrocities against the innocent are pointless evil. My life is one example of how seemingly pointless evil can lead to a life of service to others who suffer at the hands of tormentors. Perhaps the most significant example in my life occurred when I was eleven. After giving birth to my father’s child, I hemorrhaged on the bedroom floor. I found out later that EMS declared me dead, but later revived. During the moments I was legally dead, I experienced what I believe was the outer court of heaven. Jesus told me that I had to return because I had more to do. I remember begging Jesus to let me stay with him, but he refused.

I did not fully understand why I had to come back, and I was angry, but I obeyed. Years later as I began my healing journey, I realized what Jesus meant when he said I had more to do. As David Hart points out, “for the Christian, Ivan’s argument…provides a kind of spiritual hygiene; …a solvent as well of the obdurate fatalism of the theistic determinist, and of the confidence of rational theodicy, and…of the habitual and unthinking retreat of most Christians to a kind of indeterminate deism.”[19] He concludes that the argument is, therefore, a Christian argument. Through ‘Rebellion,’ Dostoyevsky sees how far more terrible the world would be if the history of suffering and death made sense.[20] ‘Rebellion’ calls Christians to review their approach to the problem of evil and consider whether we need some emotional and spiritual hygiene before addressing the issue with non-believers or hurting believers.

God Can Turn Tragedy into Triumph

While the question of why evil occurs remains unanswered, the emotional problem of evil provides an opportunity for apologists to explore the issue without challenging God’s existence. The emotional problem of evil fails to prove why or if there is pointless evil, but it does provide more comfort than logical explanations. Though it took years, I finally understood and accepted that God did not ignore my pleas for rescue, but he followed the rules of providential guidance. He could not interfere with the free will of those who abused me. However, he did protect me from death and eventually turned what seemed like pointless evil into a powerful testimony of redemption.  The emotional problem of evil can be a useful tool for the apologist if we accept that it is perfectly acceptable not to know all the answers. In other words, accepting God’s providential governance. Perhaps then we can understand Jerry Walls declaration, “Thank God for the problem of evil!”[21]

* Recommend -Philosophy of Religion: Thinking about Faith by Evans and Manis (listed in footnotes) to learn more about the Logical and evidential form of the problem of evil.

Is God a Good Parent?-Why Did He Let this Happen?

The View from the Foot of the Bed